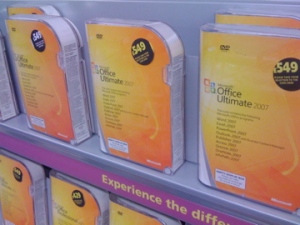 What is going to be the main motivation for people moving off Windows XP? Faster apps? Improved efficiency? Exciting functionality? No. Companies will abandon XP because Microsoft and its partners will stop supporting the platform by 2014.

That appears to be the conclusion from analyst Gartner at least, which released a research note this week urging companies to consider moving off XP in the next 12 months. True, Windows 7 has been getting some “positive reviews” the analyst concedes but the real issue is not embracing the wonders of Microsoft’s latest OS but jumping clear of the Windows XP boat before Microsoft sinks it.

“With Windows XP getting older and Windows 8 nowhere in sight, organisations need to be planning their migrations to Windows 7,” advises Michael Silver, vice president and distinguished analyst at Gartner.

Now, Gartner probably believes it is just being pragmatic with its latest missive. Windows XP is pretty ancient in software terms. The supposed PC refresh cycle for most enterprises was supposed to be three years but Windows XP has been hanging around since August 2001. If Gartner is accurate in its report that 80 percent of respondents skipped Vista and are still using XP then that means swathes of machines are running software conceived nearly a decade ago.

So it makes sense to abandon the clunky old platform and embrace the future which is Windows 7, right? Windows XP is dead, long live Windows 7. That would be true if this was still 2001 but a lot has changed in the last ten years. The rise of Linux, a resurgent Apple, and most importantly the era of cloud computing ushered in by Google. All these factors combined with some hairy economic conditions of late have conspired to make Windows XP a much more permanent fixture than anyone – least of all Microsoft – imagined.

There are other factors at play here. Not least the turkey that was Vista. But the failure of Microsoft’s last baby to take hold was as much to do with the environment it was born into as the functionality – or lack of it – of the operating system itself. Vista was clunky and annoying but if there had been a real impetus to adopt it then more businesses probably would have. The single biggest factor in Vista’s demise was probably the fact that Windows XP works so well. Actually, that should probably be clarified. Windows XP worked well enough and well enough is all most people want – certainly in the business world.